When writing new articles, you need to look for new ways to diversify the text. These are not only new facts on the topic, but also linguistic methods. One of them is stemming. The origin of the word is English, in translation “stem” means stem, stem. Word conversion algorithms were created in 1968 by Julie Beth Lovins.

Stemming is finding the stemma of a word (stem). When converting, you will need to use the primary lexical meaning of the selected term. Most often, it is enough to discard some parts (ending, suffix). In Russian, the structure of words is much more complicated than in English, so lemmatization and other algorithms can be used additionally. Examples of stemming: 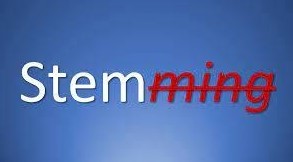 After finding the stemma and including such words in the text, you will see that the traffic on the site will increase. Users will find your online resource by specifying different words and terms, and the search engine will suggest sites with word forms.

Stemming algorithms are required by search robots. Based on them, user requests become broader. Well-known search engines scan each site for the presence of such algorithms, after which the relevance of the search engine results is increased. Thanks to stemmas of words in the text, users will see sites not only with the main query, but also with the forms of the selected term.

Let’s take a simple example. The person indicated in the search the word “fox”. In the search results there will be sites where the word “fox” is mentioned. The ranking of sites depends not only on stemming, but also on other algorithms. This can be behavioral factors, the presence of LSI queries, and much more.

Stemming is often used by programmers. This is how they can create a search engine on the pages of the site. A similar algorithm is important for CEOs. Using stemmas allows you to increase the semantic core and traffic.

How to find the stemma of a word

You don’t have to look for the stem of each word personally. Special programs come to the rescue, which are called stemmers. The network offers both free and commercial options. Use the online service that is available as source code. It is based on two algorithms.

The program uses tables that already contain all kinds of words and stemmas. Within a few seconds after specifying the request, you will see the required form. Problems can only arise with difficult or unfamiliar words.

The following algorithm works like this: the suffixes and endings of the word are truncated. For this, certain rules are used. The operation of the algorithm is simple, few resources are used. The system generates stemmas for unfamiliar words, but errors often occur. Developers most often use a hybrid of several methods: clipping endings and the words suggested in the table.

The Mystem program is suitable for converting Russian words. It has been working since 1998, algorithms are gradually being transformed and improved. In it you can find out the frequency of words, use lemmatization. Unfamiliar words will be converted also qualitatively, since they are based on popular queries.

Once you figure out what stemming is, you can quickly boost your site’s popularity and attract new readers. The use of online programs allows you to diversify the list of terms in the texts and get a high rating from search services. Your site will be in the top, you will notice that conversions will increase significantly and sales will grow.